Vault Music for the Multitudes

From the Vault: Music for the Multitudes (1930)

Photos: Music for the Multitudes 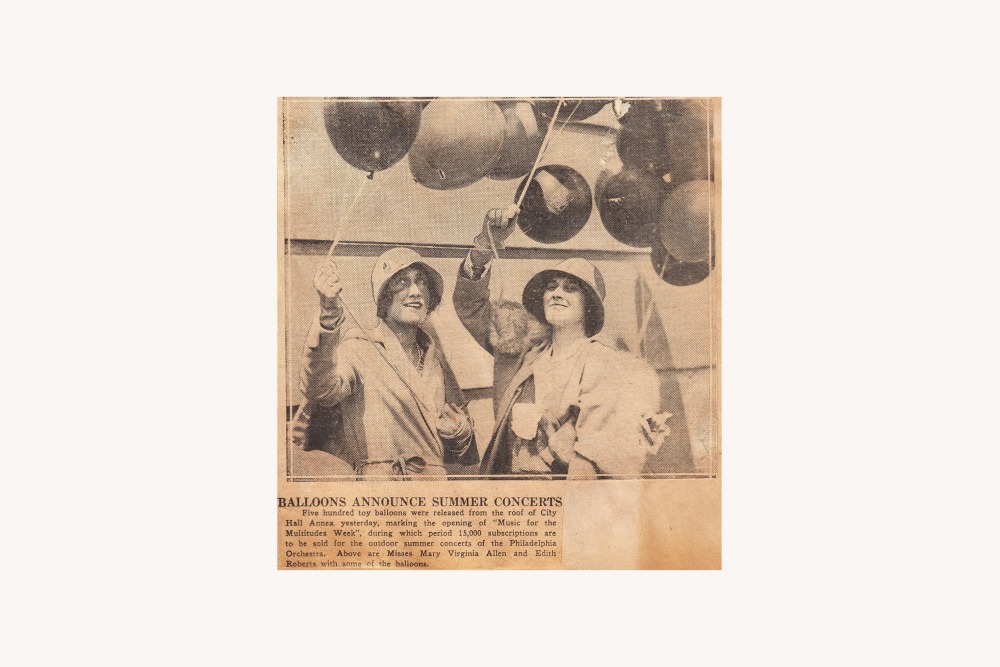 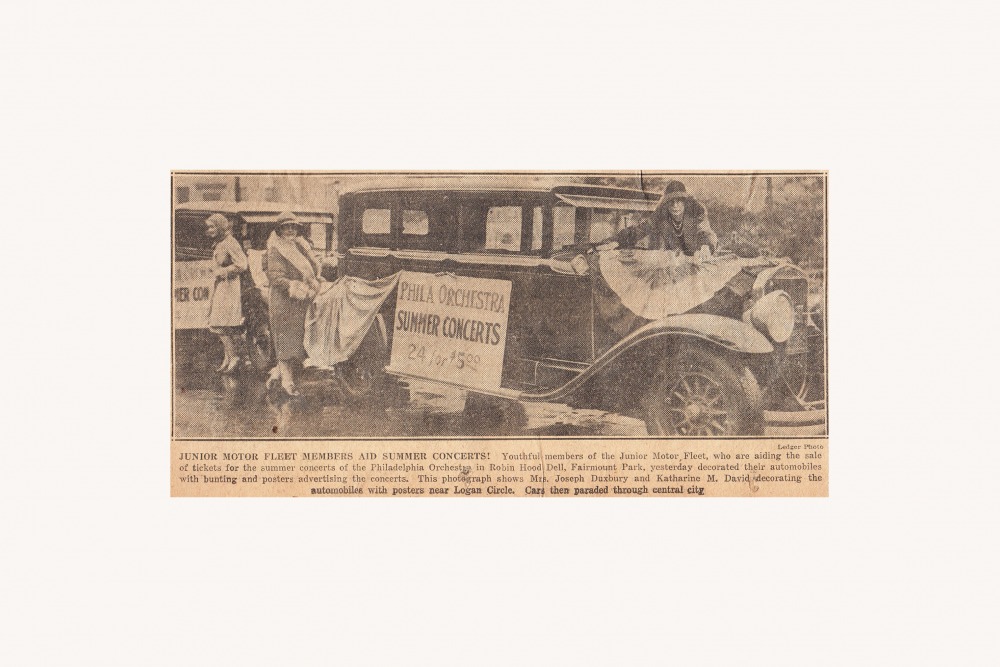 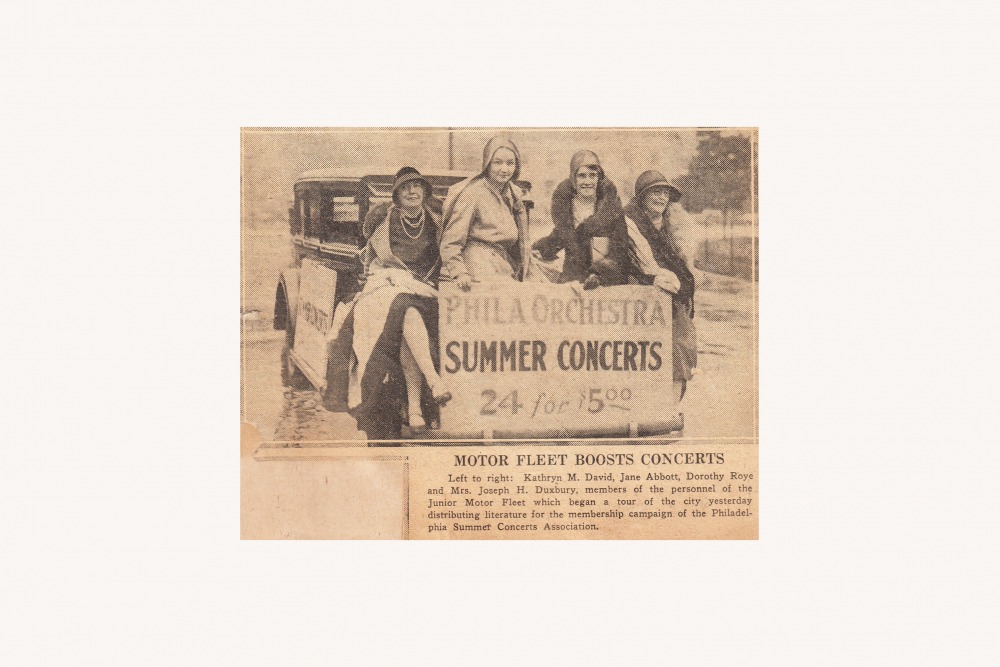 Women from the Junior Motor Fleet pose with one of the cars promoting the summer concert series, Evening Bulletin, May 27, 1930. Courtesy of Philadelphia Orchestra Association Archives. 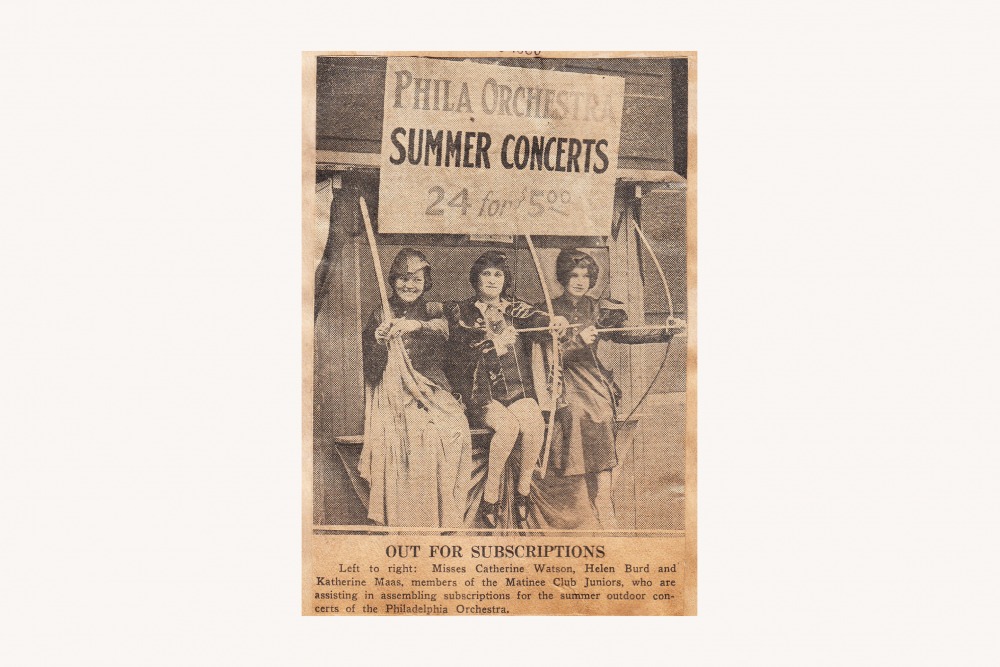 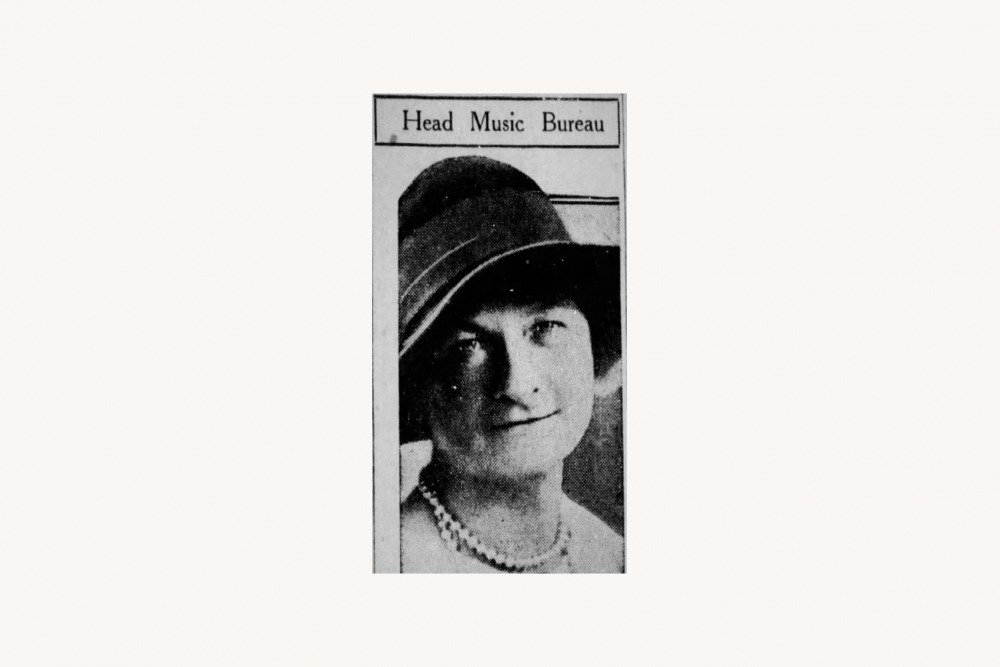 Women from the Junior Motor Fleet pose with one of the cars promoting the summer concert series, Evening Bulletin, May 27, 1930. Courtesy of Philadelphia Orchestra Association Archives.

On May 18, 1930, Philadelphia Mayor Harry Mackey issued a proclamation designating the week of May 25th as “Music for the Multitudes” week, a seven-day campaign to sell subscriptions to the inaugural season of concerts at the new Robin Hood Dell. As ground was about to be broken for the new venue, dozens of boosters fanned out across the city with the goal of selling 15,000 subscriptions for the upcoming Dell season, scheduled to begin in early July.

“Music for the Multitudes” week was a key component in the city-wide effort to build an outdoor music venue as a summer home for the renowned Philadelphia Orchestra. Events came together remarkably quickly around the initiative in the spring of 1930. The non-profit Philadelphia Summer Concerts Music Association was established on April 10th, a natural amphitheater known as “Robin Hood Dell” in East Fairmount Park was selected as the site for the venue on April 15th, and groundbreaking was scheduled for June 2nd. The week of May 25th was designated for an all-out public effort to sell subscriptions to raise money to support the effort.

One of the underlying goals in establishing the Robin Hood Dell was to make high-quality orchestral music available to the general public at very reasonable prices. To that end, subscriptions to the inaugural twenty-four-concert season were sold for the amazingly low cost of five dollars each, or about twenty-one cents per concert!

Much of the sales and public relations work was done by Philadelphia’s women’s groups. There were dozens of such groups throughout the city in this period and they often mobilized in support of civic causes, from hospitals and schools to arts and culture initiatives.  As the Philadelphia Inquirer reported on May 25, 1930:

Senior and junior clubwomen of the city will co-operate in what has been designated as “Music for the Multitudes” Week, starting tomorrow… The week has been set aside to press the sale of tickets for the summer concerts of the Philadelphia Orchestra ... in Robin Hood Dell, Fairmount Park… Every day this week a different event has been planned to enlist every type of woman in the city in the city-wide project.

The article went on to describe how the various local women’s clubs each had a designated day during the week for their activities and how they planned to go to different institutions throughout the city, from factories to country clubs, to promote the subscriptions. To kick off the week, young women released balloons at City Hall, posed in “Robin Hood” costumes, worked ticket selling booths downtown, and drove around the city in cars festooned with banners promoting the concerts. The rest of the week was taken up with visiting organizations and companies in different parts of the city to sell subscriptions.

Coordinating the overall effort was Clara Barnes Abbott, who had been a leading figure in the  Matinee Musical Club, one of Philadelphia’s most prominent women’s music clubs, and who was then director of the city’s new Bureau of Music. Established in January 1929, the Bureau sponsored a variety of activities to promote music throughout the city in its first year and then in early 1930 took the lead in planning and fundraising for the Robin Hood Dell. As Abbott told the Philadelphia Public Ledger in March 1930:

The Philadelphia Orchestra is about to go democratic and for the first time in history it will belong to all the people in the city and not the few who are able to afford Academy of Music prices… We are offering the citizens of Philadelphia an evening with the world’s greatest entertainers at the astoundingly low price of twenty-two cents [per ticket], an opportunity to leave the noise and heat of the city this summer and relax under the stars with soothing symphonies.

There are no public reports on how successful “Music for the Multitudes” actually was in reaching its goal of selling 15,000 subscriptions in the one-week period, but apparently it was not, as the sales campaign continued into early July. Nevertheless, enough subscriptions were sold to make the Robin Hood Dell a reality. The venue was built—in an amazing five weeks from the June 2nd groundbreaking to the July 8th opening concert—and the inaugural season was a resounding success.  The 1930 season was the first of ninety consecutive seasons of music under the stars at the Dell and its successor, the Mann Center. Unfortunately, the COVID-19 pandemic forced cancellation of the 2020 season; hopefully, a new streak will begin with the 2021 season.