From the Vault: Jam Bands at the Mann

Photos: Jam Bands at the Mann 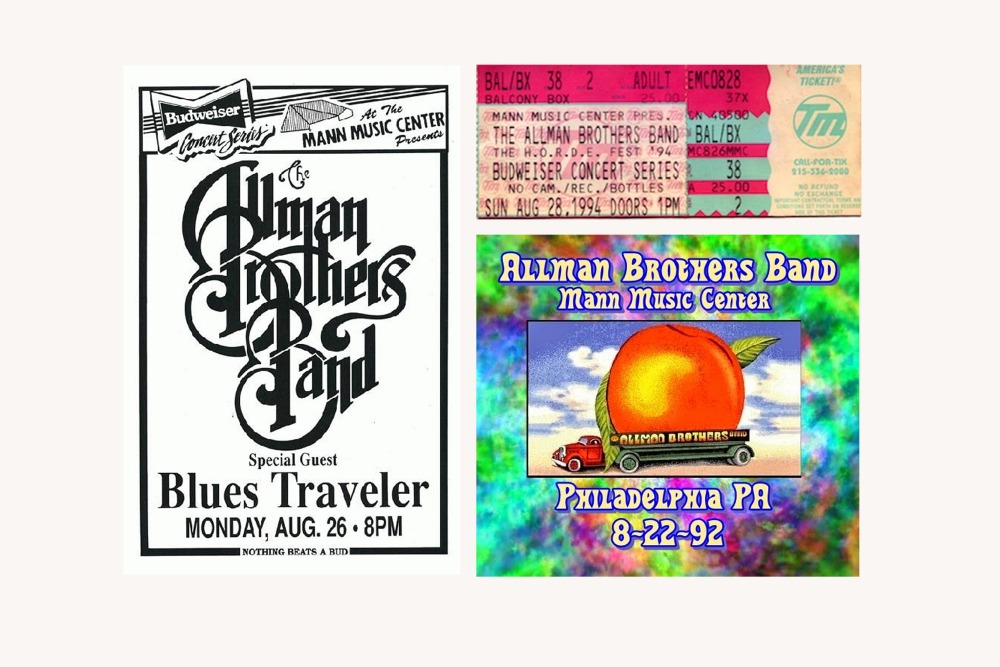 Promotional items from various Allman Brothers performances at the Mann Music Center between 1990 – 1994. 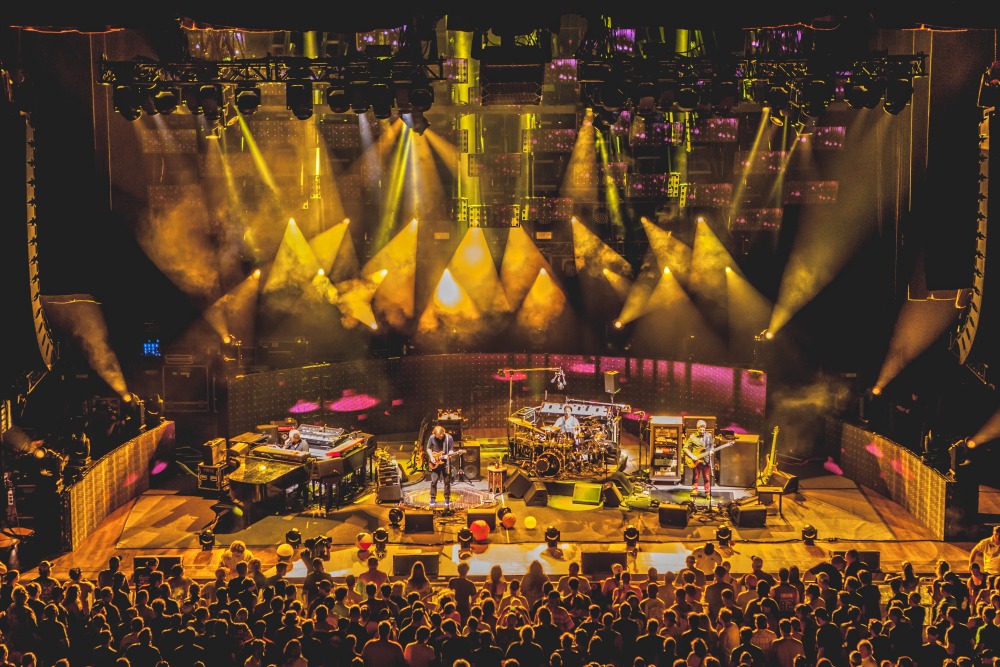 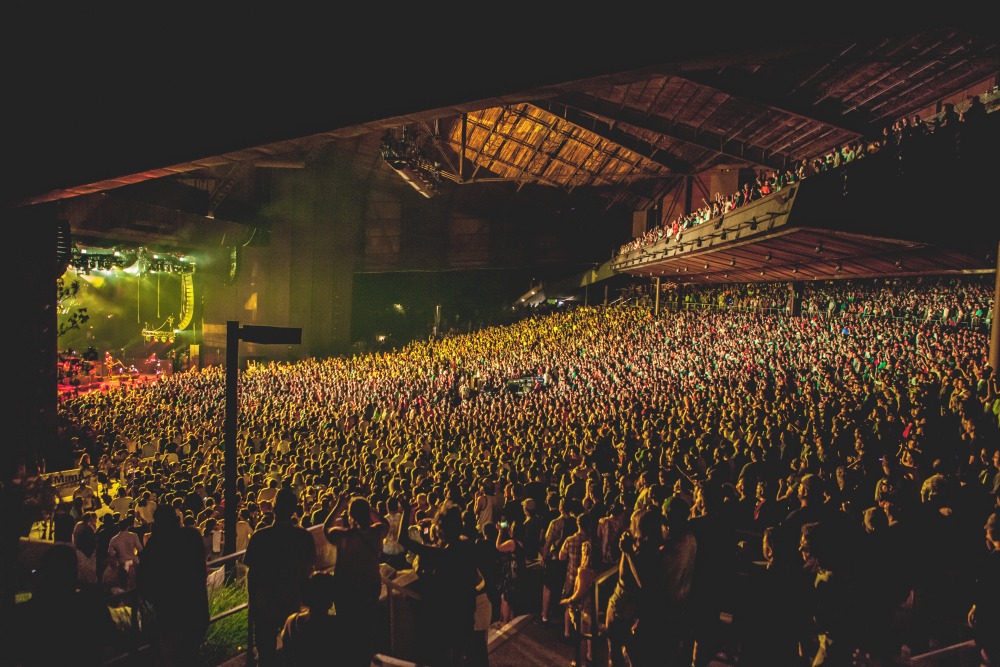 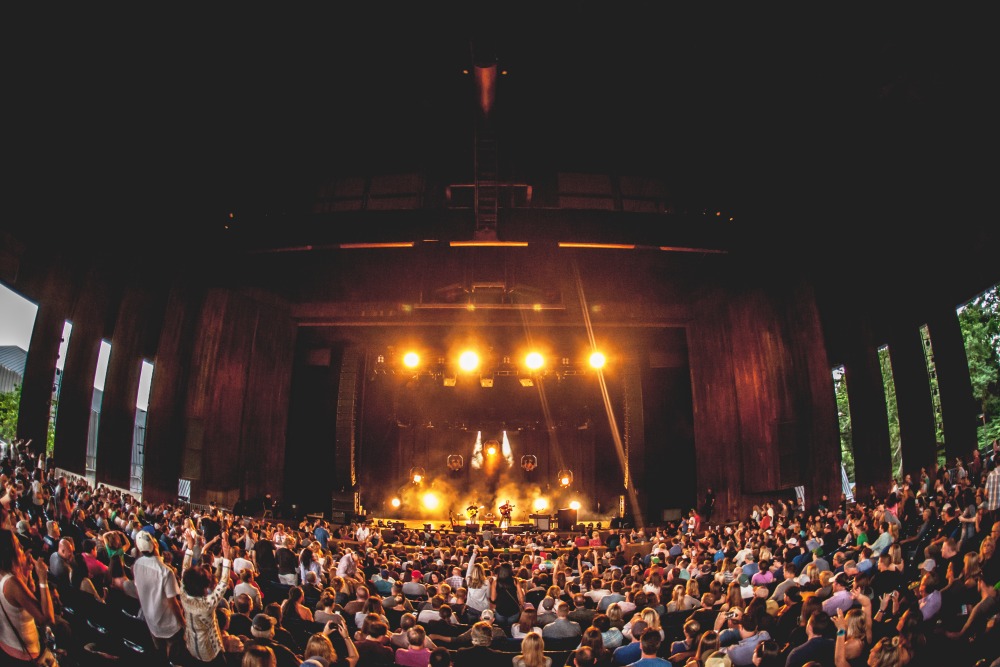 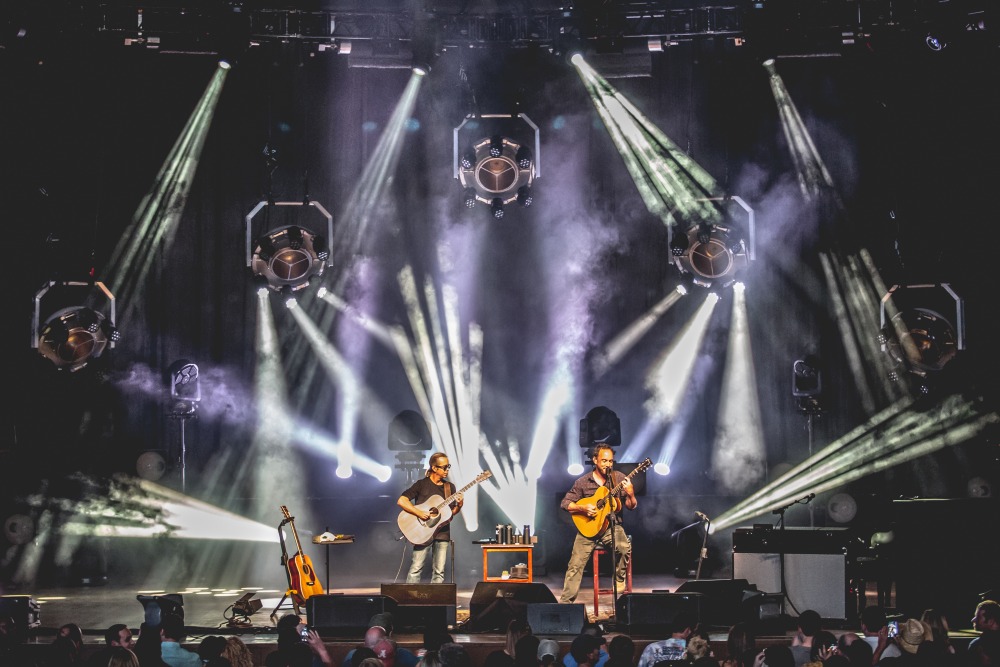 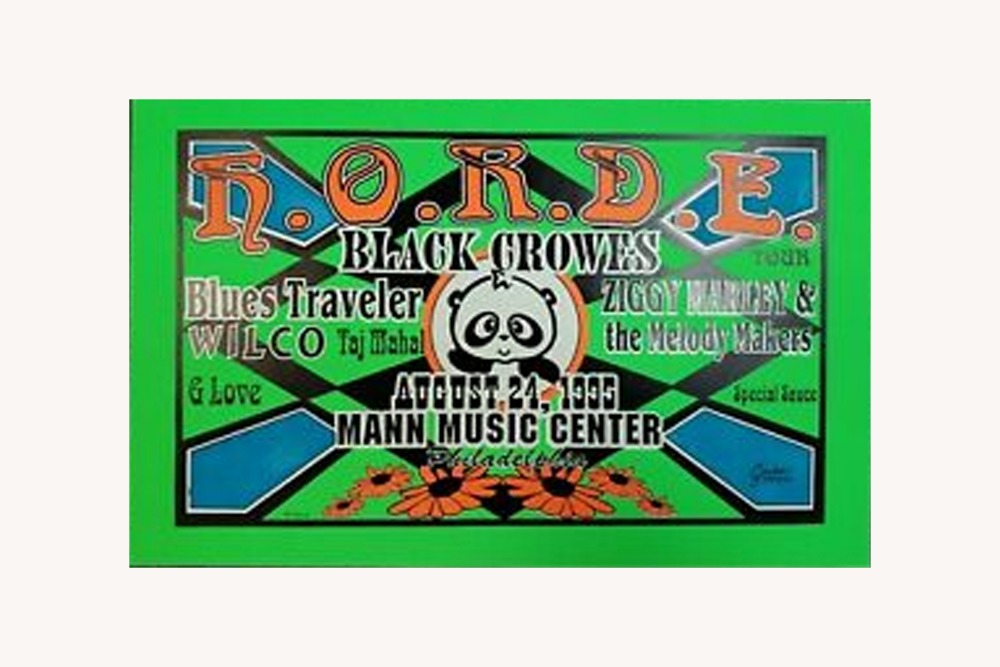 Promotional items from various Allman Brothers performances at the Mann Music Center between 1990 – 1994.

Jam bands have been a mainstay at the Mann Center since the early 1990s. The term “jam band” came into general use in the 1980s to describe rock bands whose music is characterized by extended improvisational passages that often fuse rock with elements of jazz, blues, folk, country, and electronic music, and whose audiences are comprised of loyal followers who give their concerts a festive, communal atmosphere. The jam band style dates to the late 1960s when groups such as the Grateful Dead and Allman Brothers developed dedicated fan bases with live shows that featured lengthy instrumental jams. The style came into more widespread popularity in the 1990s with groups like Phish, Dave Matthews Band, and others achieving commercial success as touring and recording artists.

It took a while for jam bands to gain a foothold at the Mann. When the venue opened as the Robin Hood Dell West in 1976, it was still primarily intended as a summer home for the Philadelphia Orchestra, a bastion of music in the classical tradition. Owing to public demand for more popular music, however, Dell President Frederic Mann enlisted Larry Magid, head of Electric Factory Concerts, Philadelphia’s premiere rock concert promotion company, to produce a series of rock and pop shows at the venue, beginning in the inaugural 1976 season. For the first few years Magid booked mostly “soft” rock and pop acts—James Taylor, Linda Ronstadt, Barry Manilow—but as time went on he began to include some hard rock and jam bands. Santana performed at the Mann (the venue was officially renamed the Mann Music Center in 1979) multiple times beginning in the early 1980s, and 1984 saw an appearance by the Jerry Garcia Band, led by guitarist Garcia, a founding member of the Grateful Dead and spiritual godfather of the jam band movement.

It was in the early 1990s that jam bands really came into prominence and began to appear at the Mann on a regular basis. The Allman Brothers appeared every year from 1990 to 1994 and Bob Weir, also a founding member of the Grateful Dead and leading figure of the jam band movement, appeared with his frequent partner bassist Rob Wasserman in 1991 and 1992. The Grateful Dead never appeared at the Mann as a full band and the group disbanded following the death of Jerry Garcia in 1995, but there have been several Dead spin-off bands over the years featuring group members in various configurations and under different names, most of which played the Mann at one time or another. Likewise, the Allman Brothers, who disbanded and reformed several times before dissolving for good in 2014, spawned spin-off groups that played the Mann.

Perhaps more than any other group, Phish, the Vermont-based band led by guitarist Trey Anastasio, inherited the mantle of the Grateful Dead and others and became the preeminent jam band of the 1990s and 2000s. Phish appeared at the Mann every year from 1992 to 1995 and again from 2014 to 2016. In between, the band was on hiatus for most of the early 2000s, although the Trey Anastasio Band performed at the Mann in 2001. The 2014-2016 shows were all two-night engagements, as by this time Phish had legions of fans, many of whom had been “Deadheads,” the legendary loyal followers of the Grateful Dead, who gravitated to Phish after the Dead disbanded.

The other jam band that enjoyed great popularity and commercial success in the 1990s and early 2000s was the Dave Matthews Band, which first appeared at the Mann in 1995. Matthews and band member Tim Reynolds performed as an acoustic duo for two shows at the Mann in 2017, but most of the Dave Matthews Band’s outdoor shows in the area were at what is now known as the BB&T Pavilion, the venue that opened in 1995 on the Delaware River, directly across from Philadelphia in Camden, New Jersey. The two sites—BB&T a commercial enterprise, the Mann a non-profit—have long been the region’s major outdoor summer concert venues, hosting numerous jam band concerts.

Other jam bands to appear multiple times at the Mann from the 1990s through late 2010s include Blues Traveler, Bela Fleck and the Flecktones, Widespread Panic, and the Tedeschi Trucks Band. In 1992 Blues Traveler initiated the H.O.R.D.E. Festival (Horizons of Rock Developing Everywhere), a travelling collective of bands that played the Mann in 1994 and 1995. Hometown jam band the Disco Biscuits, formed at the University of Pennsylvania in 1995, staged their City Bisco festival—two days of jam bands, DJs, and electronic music—at the Mann in 2012, 2013, 2014, and, after a hiatus, again in 2021.

The ambiance of the Mann—its beautiful natural setting, ample room to spread out, varied concession areas—make it an ideal venue for the festive atmosphere that characterizes jam band shows. The COVID pandemic resulted in the cancellation of all concerts for the 2020 season and, with the exception of the City Bisco festival, there were no jam band shows at the Mann in 2021. Time will tell how the jam band scene unfolds at the Mann in the years to come.