From the Vault: Frank Sinatra at Robin Hood Dell (1945) 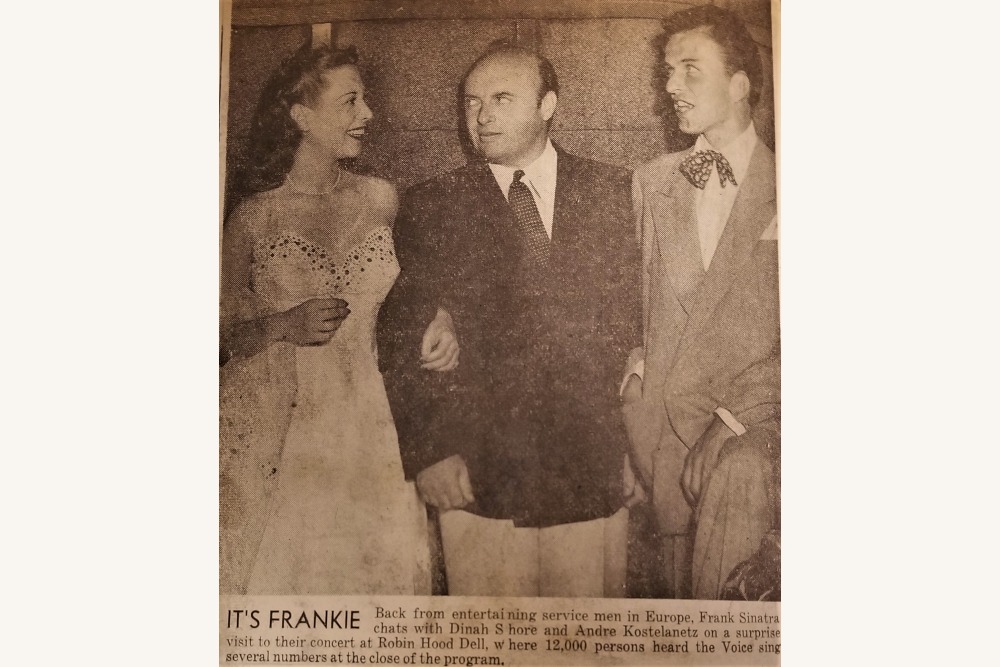 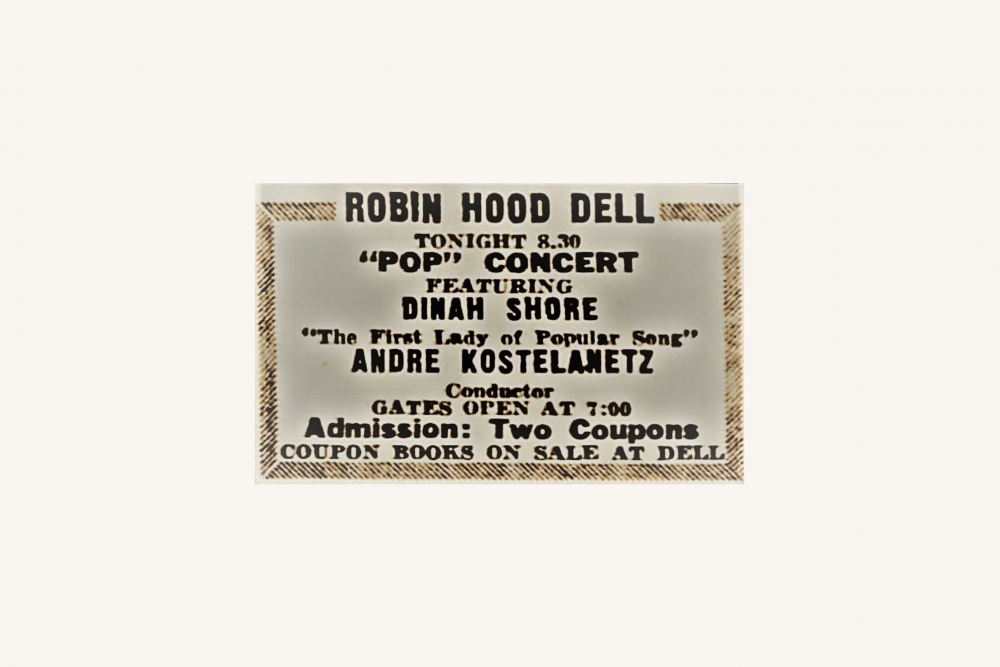 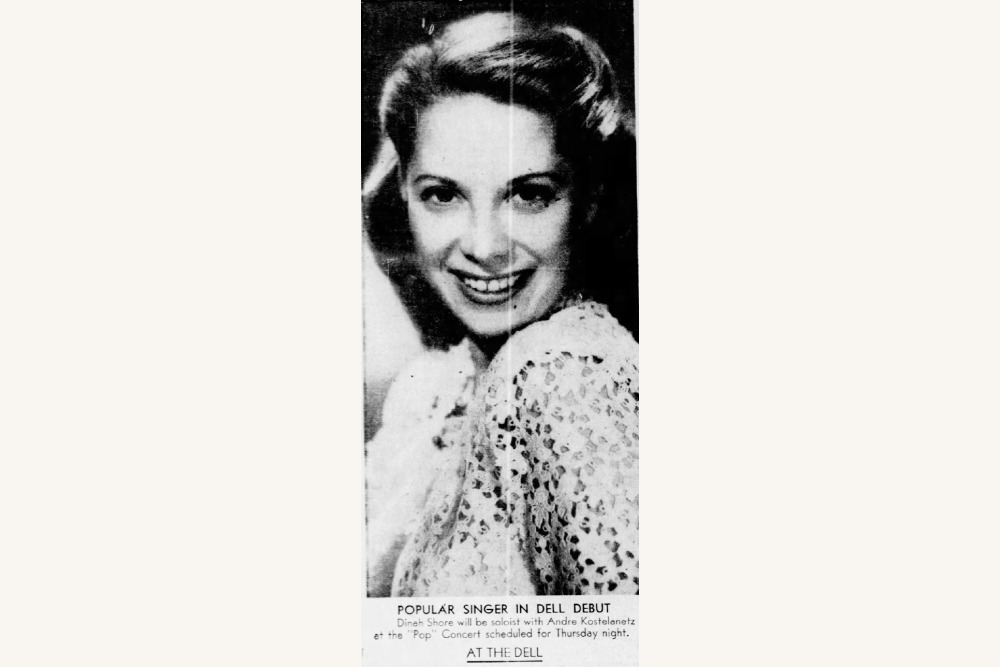 Frank Sinatra, one of the most popular entertainers of the twentieth century, never appeared as a regularly scheduled performer at the Robin Hood Dell or Mann Music Center—his fifty-year career spanned both venues—but he sang a few songs in an impromptu appearance at the Dell in 1945.

Born in 1915 in Hoboken, New Jersey, Frank Sinatra first came into prominence in 1940 as a featured singer with Tommy Dorsey’s big band. He left Dorsey after two years and embarked on a very successful solo career. Sinatra enjoyed great popularity during World War II and in May of 1945 he set out on an eight-week USO tour to entertain the troops in Europe. Immediately upon his return, he accepted an invitation to attend the July 6th concert of his friend, singer Dinah Shore, who was appearing that evening at the Robin Hood Dell with conductor Andre Kostelanetz and the Robin Hood Dell Orchestra.

Dinah Shore, who was very popular at the time, was making her Dell debut that night. “Golly, this is the biggest thrill I’ve ever had in my life, singing at the Dell and with Andre Kostelanetz,” she told the audience. Following the usual format for Dell concerts with popular singers, each half of the two-part program began with symphonic pieces by the Orchestra, followed by vocal selections by the featured artist with orchestral accompaniment.

The concert opened with Kostelanetz and the Dell Orchestra giving the American premiere of “Four Dances from Gayane” a ballet piece by Armenian composer Aram Khatchaturian, followed by music from another ballet, Rodeo, by American composer Aaron Copland. Dinah Shore then sang a medley of songs by Richard Rodgers and Lorenz Hart.  The second half opened with Robert Russell Bennett’s symphonic arrangement of music from George and Ira Gershwin’s opera, Porgy and Bess—Kostelanetz and the Robin Hood Dell Orchestra had performed the piece at Judy Garland’s debut at the Dell two years earlier—followed by Shore performing a selection of songs by the Gershwins, Cole Porter, and Jerome Kern.

Sinatra had arrived towards the beginning of the concert and was escorted to a seat in the fourth row to enjoy his friend’s performance. After finishing her final song, Shore called Sinatra to the stage, to wild applause from the audience. Before singing, Sinatra asked for quiet, telling the audience: “I don’t want to sound pampered, but I just entertained the greatest audience in the world—our fighting men. And I guess I’m spoiled because you could hear a pin drop. They appreciate any entertainment over there.” Sinatra sang Gershwin’s “Embraceable You” and Kern’s “Old Man River,” then he and Shore finished with a duet on Gershwin’s “Summertime.” As the Inquirer reported, “the audience applauded uproariously” at this unexpected performance, the only time Frank Sinatra would appear at the Dell or its successor, the Mann Music Center.