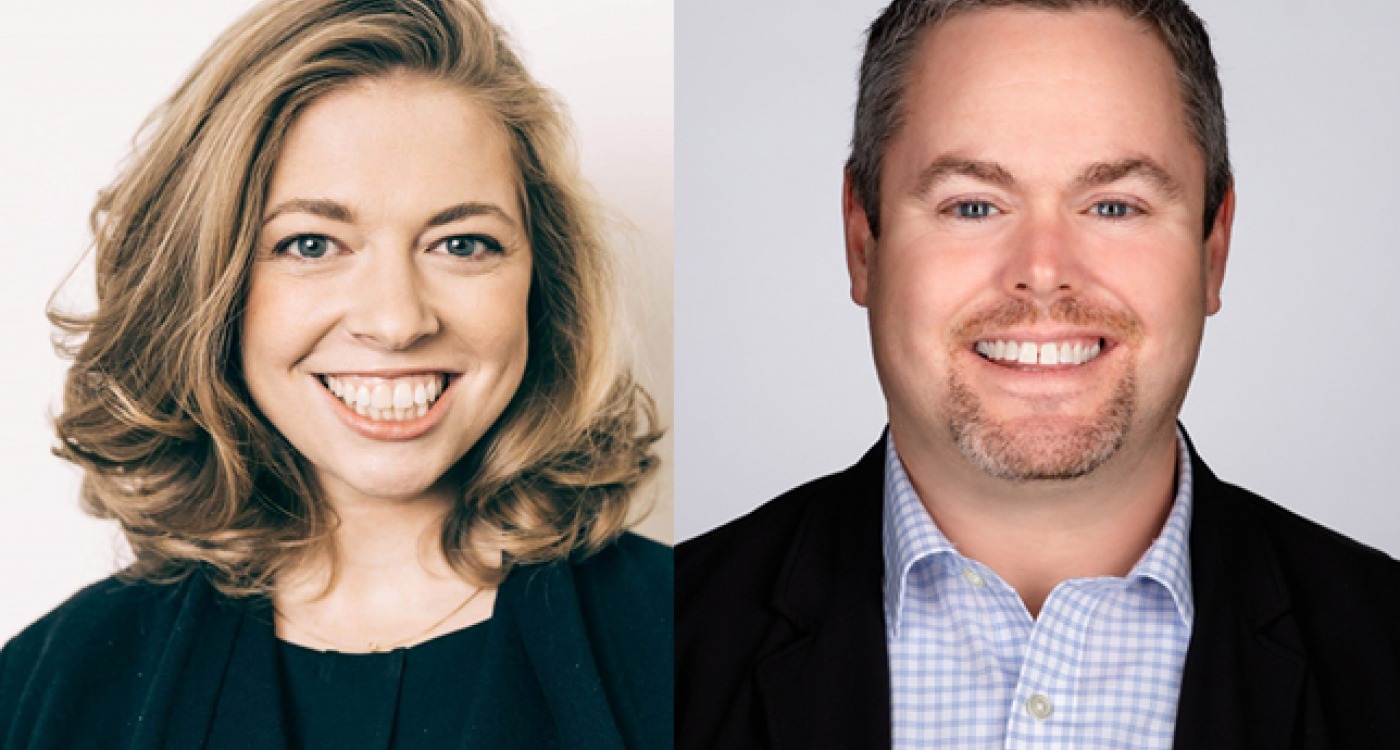 PHILADELPHIA (July 17, 2019) –  The Mann Center for the Performing Arts has added two new vice presidents to their seasoned staff, said President and CEO Catherine M. Cahill. Jason Guy, vice president of corporate and business development, and Anne Marie Rhoades, vice president of government relations and external affairs began their tenures at the Mann in May and July, respectively.

“We are thrilled to welcome Anne Marie and Jason to the Mann Center for the Performing Arts team,” said Cahill. “Both bring a wealth of knowledge and experience to the table that will elevate the Mann as we continue to cultivate this treasured non-profit. They are two vital additions to what is truly a new Mann this season, and we look forward to their impactful work here,” she said.

Rhoades joins the Mann from the Greater Philadelphia Cultural Alliance, where she served as the vice president of advocacy and strategic partnerships. Prior to entering the arts and culture sector, Rhoades was a manager and fundraiser for several political campaigns in Philadelphia and around the region. Initially serving in multiple roles in her home state of Missouri’s State House of Representatives, Rhoades then moved to Philadelphia in conjunction with her work on Barack Obama’s 2012 presidential campaign. Her background also includes non-profit community coalitions and corporate advertising.
“It is a thrill to join the work the Mann is doing. Not only does the Mann have one of the strongest legacies of Philadelphia’s vast cultural footprint, it also has one of the brightest futures, and I am excited to be on the team that will make that a reality,” said Rhoades.

Prior to the Mann, Guy served for six years as vice president and senior sponsorships manager at Citizens Bank. In this role he managed day-to-day sponsorship activation at Citizens Bank Park, and facilitated relationships with the bank’s other partners including the Mann, Pops by the Sea with the Boston Symphony Orchestra on Cape Cod, and the Detroit Grand Prix. Prior to Citizen’s Bank, Guy spent eight years on the community relations team at the NBA and WNBA, as well as time with Madison Square Garden and Aramark.

Vice President of Corporate and Business Development for the Mann, Jason Guy

“It’s an incredibly exciting time to be joining such a vibrant team at the Mann,” said Guy. “There has never been a better time to build and cultivate new and existing partnerships with the Mann, and I am honored to lead our efforts in best serving the community as both a performance venue and as a vital educational non-profit.”

As one of the foremost outdoor music centers in the country, the Mann, a leading non-profit organization, has a historical legacy of artistic excellence as a world-class entertainment destination presenting premier artists in association with The Bowery Presents. Each summer season, renowned symphony orchestras, iconic rock stars, and the latest touring artists in indie, rock, hip hop, R&B, and pop take the stage here. The Mann is the summer home of The Philadelphia Orchestra and has presented critically acclaimed performers in every decade since the 1930s. Located in the heart of Philadelphia’s Fairmount Park, the Mann hosts more than 200,000 visitors annually. Signature concert experiences are surrounded by Philadelphia’s stunning skyline and include seats beneath the Mann’s acoustically acclaimed pavilion; picnics, blankets, and music under the stars on its great lawn; and dining in Crescendo, the venue’s spectacular tented restaurant. For more information, visit www.MannCenter.org.