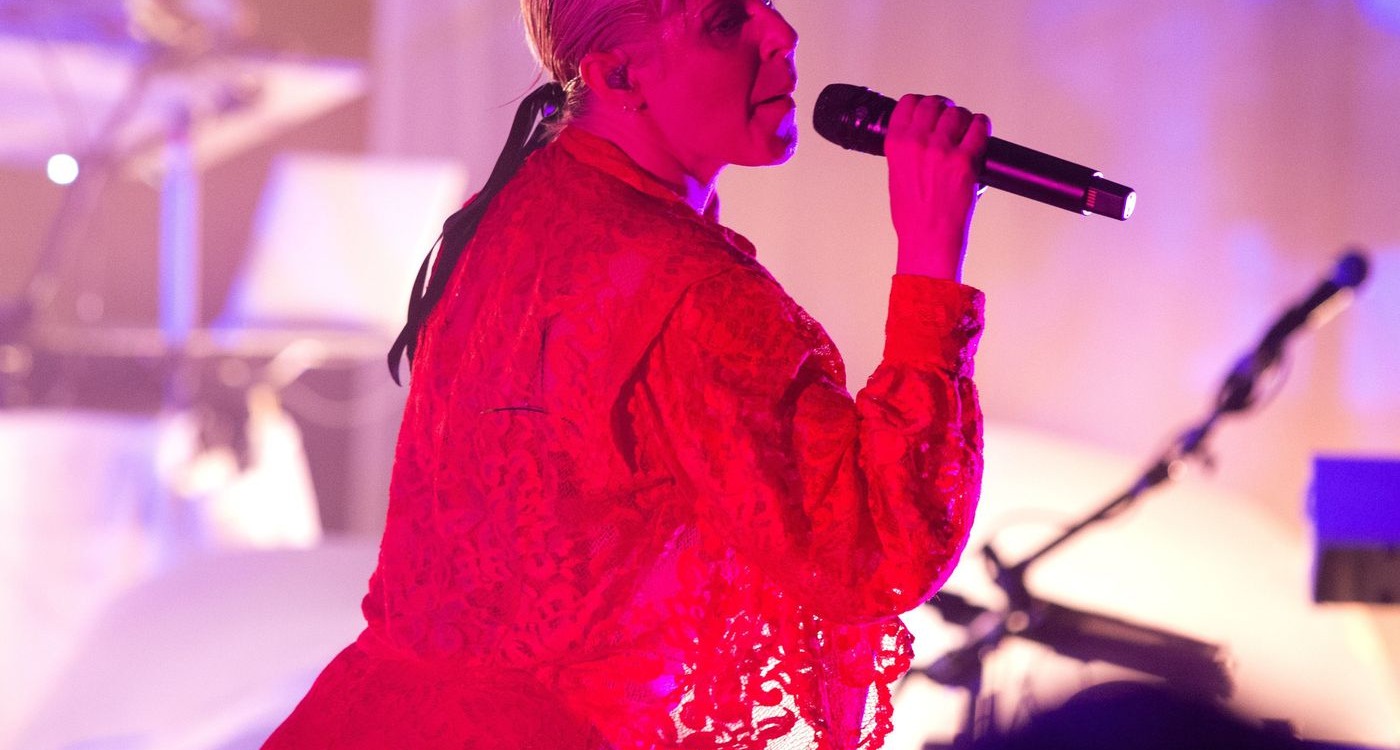 Robyn performs in concert during her "Honey Tour" at the Mann on Wednesday, July 17, 2019, in Philadelphia.

In an era dominated by a handful of omnipotent female solo acts who are Too Big to Fail, Robyn is pop music’s eccentric big sister, an independent and uncompromising talent who floats in and out of the zeitgeist at her whim, and her whim only. She reacquainted herself with Philadelphia last night, gifting a storm-delayed but spirited set to a rain-soaked Mann Center crowd that was more than excited to accept.

Fans of a certain age are familiar with the Swedish artist (née Robin Miriam Carlsson) thanks to a string of addictive electro-dance jams off 2010’s Body Talk, but her introduction to America came much earlier, with the 1997 single “Show Me Love.” The crisp Now That’s What I Call Music bop, built by producer (and fellow Swede) Max Martin, fit neatly into a period dominated by acts like the Spice Girls and 'N Sync, but it was an insincere representation of a far different point of view.

Record company drama and creative clashes scuttled Robyn’s stateside career for years, leading her to establish her own imprint, Konichiwa, in 2004. That label released both Body Talk and 2018’s eclectic Honey, her first new music in nearly a decade and the impetus for this tour.

Materializing at the Mann after the lightning cleared in a tres-’90s spaghetti-strap baby-doll dress and white leather boots, the singer opened with Honey’s sensuous “Send to Robyn Immediately,” followed by that album’s title track and the vulnerable, danceable Body Talk hits “Indestructible” and “Hang with Me.”

With the lights pulsing, the smoke machines churning, and the gauzy white curtains draping all corners of the stage flitting in the soggy breeze, she continued to lean heavily on Honey’s track list (“Beach 2k20,” “Ever Again,” “Because It’s in the Music”), sprinkling in older, lesser-known offerings (the 2005 heartbreaker “Be Mine!”) that connected her then and now.