Philadelphia Orchestra Voyage to the Moon


Philadelphia Orchestra and special guests do NASA proud at the Mann 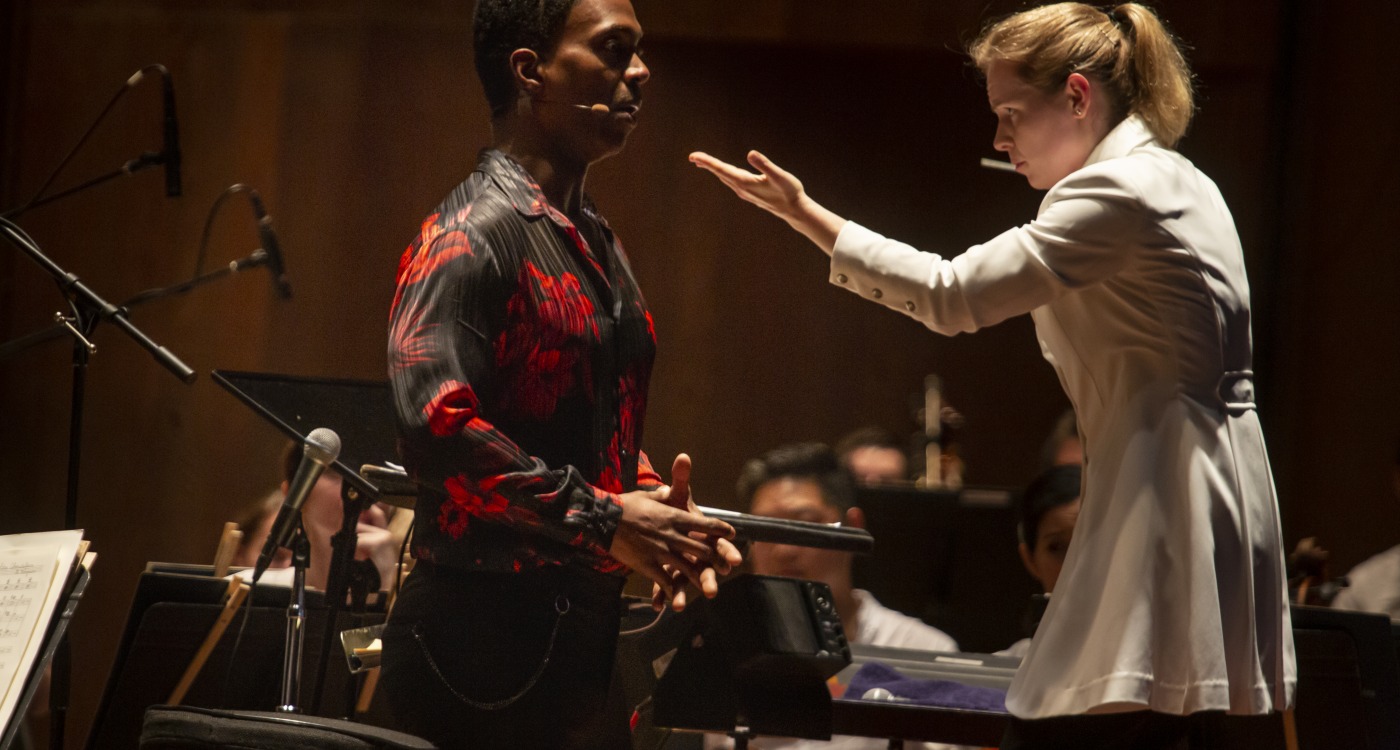 Astrologers tell us that the havoc-causing planet of Mercury is in retrograde, but nothing could get in the way of the fail-safe, crowd-pleasing semi-pops Philadelphia Orchestra concert titled “Voyage to the Moon: A 50th Anniversary” on Wednesday at the Mann Center.

The rising New Zealand conductor Gemma New was definitely game for all manner of fantasy and romance inspired by the moon in a program that touched down on film music from Star Wars (of course) and 2001: A Space Odyssey.

At the podium, New hosted with just enough chat to be inviting while also maintaining a good pace. She also summoned solid performances from the Philadelphia Orchestra.

And some moments reached well beyond entertainment. Baritone Nmon Ford sang "O du, mein holder Abendstern” from the Wagner opera Tannhauser with a rich, warm middle-weight voice that became the concert’s best moment. He returned for “Moon River,” but in an orchestration that didn’t give him room to tap into all that the wistful Johnny Mercer lyrics have to offer.

The new work on the program was Michael Giacchino’s three-movement voyage, the final section of which was a premiere. A well-regarded and quite busy film composer, Giacchino (Up, The Incredibles, Spider-Man: Far from Home) was on hand to talk about his South Philly family roots as well as what most excited him about the historic, July 20, 1969, moon walk: the spectator element that unified the world, however momentarily.

The three movements, all reasonably effective, touched many bases, starting with the loneliness of outer space with music that felt like an earnest descendant of Aaron Copland’s Quiet City. Other moments presented big anthems and sharp-focused musical imagery that drifted in an appropriately spacey way.

Original moon-walk footage was seen on the video screen, reminding you that, at close proximity, the moon loses much if not all of its inspirational appeal.

Let’s face it: The moon is boring. All of the fascination that has accumulated around it is more about us people on Earth than it is about the plain, dusty object itself. The human ingenuity needed to get there and back is what is being celebrated, and that ingenuity is staggering.

In any space concert this side of Sun Ra’s Arkestra, all roads lead, repeatedly, to John Williams, whose excerpts from E.T. The Extra-Terrestrial were an orchestral highlight.

Sometimes taken for granted, this score (even more than Star Wars) showed how Williams’ eminence lies not just in the broad musical strokes that capture our attention, but also in the details that give texture and an extra emotional tug that continues working amid repeated hearings. If you can’t get enough of Williams, that’s why.

The Philadelphia Orchestra performs Star Wars: The Empire Strikes Back in Concert live to film 8 p.m. Saturday at the Mann Center. Ticket prices fluctuate based on demand and ranged from $25 to $102 as of Thursday afternoon. Information: 800-982-2787, manncenter.org/events