At the Mann, the Philadelphia Orchestra reconnects with an audience — living, breathing, and non-online 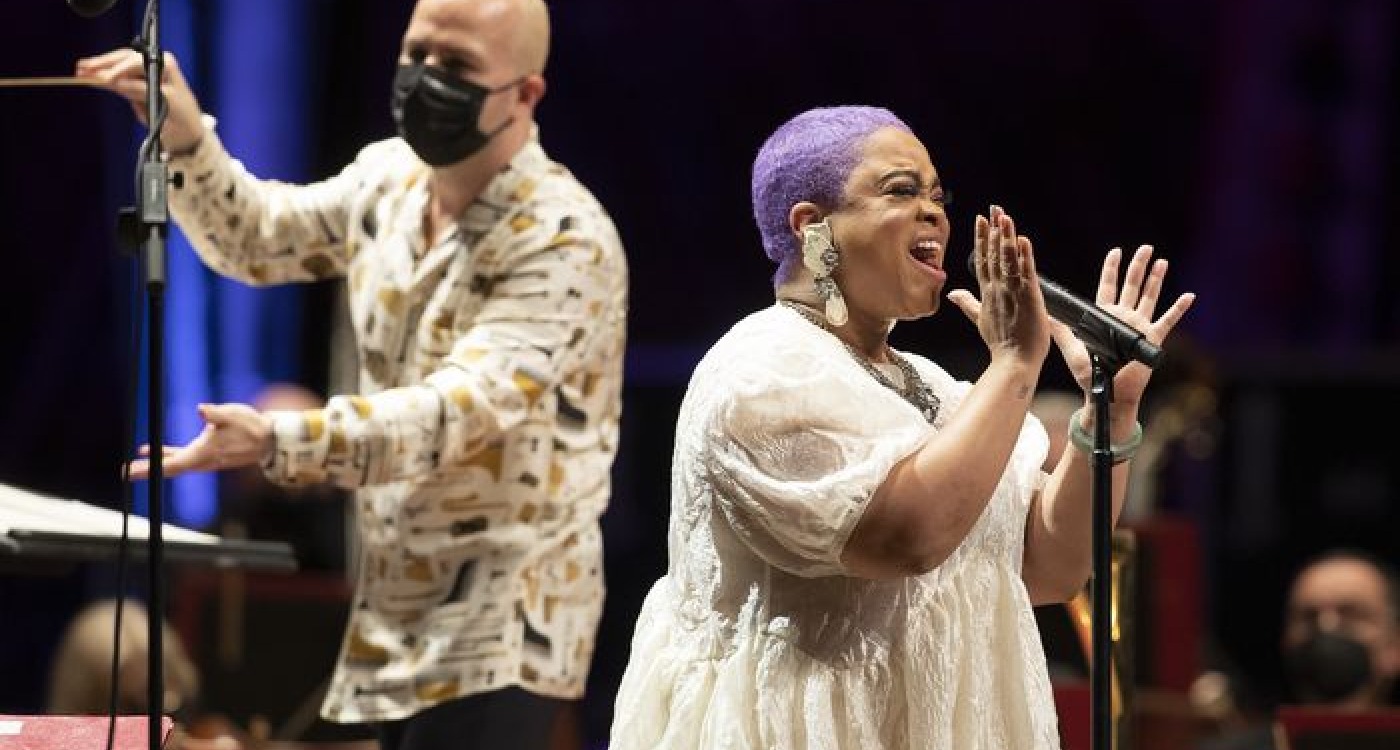 The “Hail to the Heroes” concert was organized to thank front-line workers in the pandemic.

Standing on the stage of the Mann Center on Saturday night in his shiny black Air Jordans, Yannick Nézet-Séguin said it best: Yes, the Philadelphia Orchestra had kept in touch virtually during the pandemic, “but there’s nothing like being live, exchanging these feelings together. Live music-making is why we do this,” noted the orchestra’s music director.

Saturday’s concert at the Mann marked the first time the orchestra performed for a live audience since March 7, 2020 — when COVID-19 began separating the vast majority of arts groups from their patrons — and the feelings exchanged across the footlights were both varied and potent.

Gratitude was the main theme. Dubbed “Hail to the Heroes,” the concert was organized to thank front-line workers in the pandemic, and it drew an estimated 750 socially distanced listeners.

Humanely and warmly, Mann president and CEO Catherine M. Cahill caught this moment in time by saying what must be acknowledged: As arts groups come to life, it is without a certain number of fellow patrons we have lost to the disease.

The air at the Mann was stilled after she called for a few seconds of silence.

It was the feeling of hope and renewal, though, that prevailed, and it ran through the repertoire choices. Nothing could have come across as more spring-green than Valerie Coleman’s Seven O’Clock Shout. The piece was conceived with a specific programmatic purpose. Coleman was commissioned by the orchestra to write it during the pandemic as an ode to front-line workers, and the title is manifested in the moment in the score when orchestral players voice the role of crowds cheering health-care workers getting off their shifts.

But what’s great about Seven O’Clock Shout is how it transcends its programmatic mission. The short piece has been performed before by the orchestra online with real impact.

Here, live for the first time, it blossomed.

The ease and serenity of the opening section could have been portraying dawn and its stirrings, and the music builds into something momentous, recalling the proud spirit of Copland’s Third symphony.

No one mentioned it specifically Saturday night, but if there were a sub-motif to the orchestra’s “Heroes” concert, it was around the contribution of Black women. Yes, the theme from Rocky made a brief appearance, and the fourth movement from Beethoven’s Symphony No. 7 sent the audience on its bouncy way. Emerging composers were well-represented by Vivian Fung’s light-infused Prayer and Carlos Simon’s pulsing, endlessly fascinating nod to Beethoven, Fate Now Conquers.

But has the orchestra ever put together a program with more Black women? In addition to Coleman, the program brought vocalist Laurin Talese with her own “This Love” in a marvelously lush and joyful arrangement by Jim Gray. Talese, based in Philadelphia, has a gentle way of caressing a lyric, and her lovely casting of “Lift Every Voice and Sing,” which opened the concert, leaned more intimate than bold.

The longest piece on the program was Florence Price’s Piano Concerto in One Movement with Curtis Institute professor Michelle Cann as soloist. She got a standing ovation, deservedly so. That second movement, so pastoral and embracing, seemed written for the Mann (it’s actually from 1934).

It wasn’t necessarily a night for understanding what kind of shape the orchestra is in after more than 14 months of performing in smaller configurations. Saturday the ensemble had 67 players, or only about two-thirds full strength. The sound at the Mann is largely dependent on electronic amplification and how close you’re sitting to a speaker.

Still, the thrill was undiluted. To all be in the same space at the same time experiencing art together is a precious commodity, and one that slipped dangerously away in the two music seasons engulfed by this pandemic. Artists tend to overestimate the healing effect of what they do. There’s no question, though, that after Saturday night our little corner of the universe feels as if it’s finally on the way to a state of well-being.