The Orchestra and Fairmount Park

The Orchestra and Fairmount Park: A Match Made in Heaven 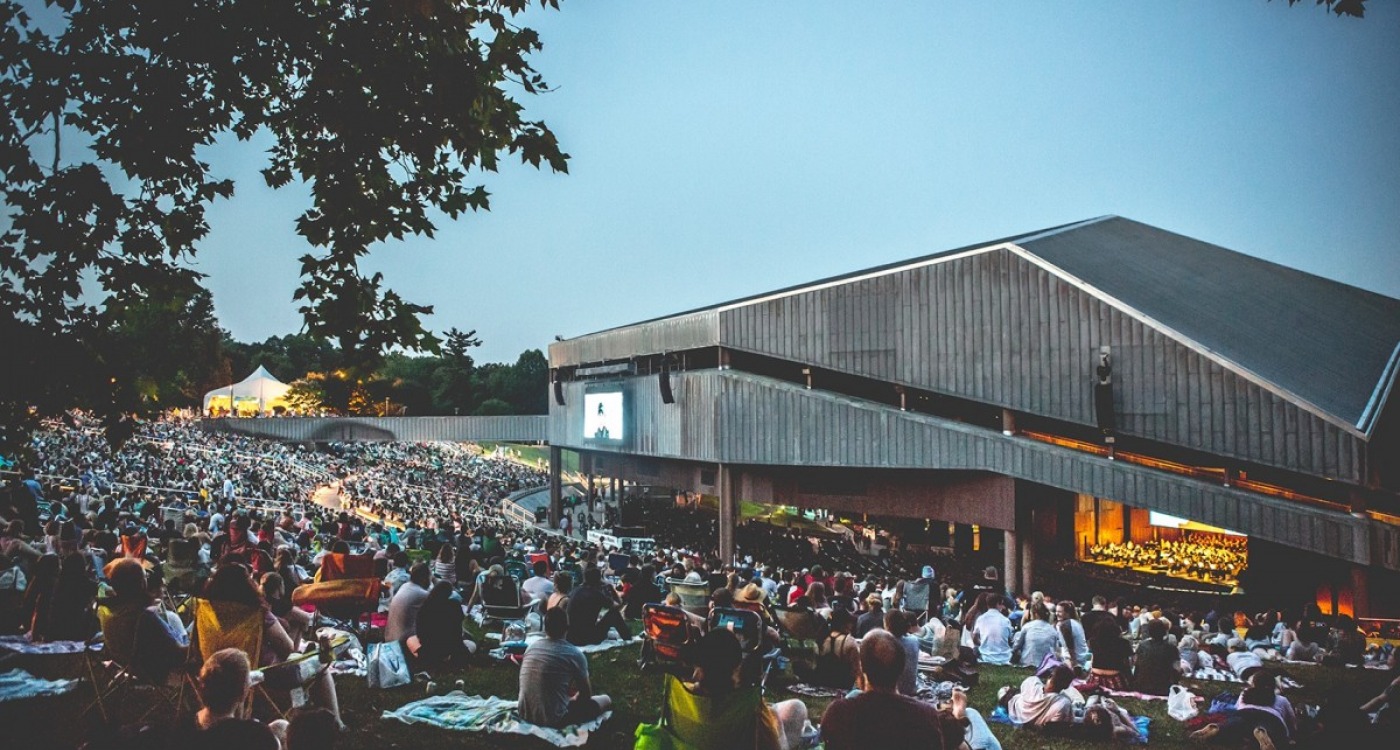 Hearing The Philadelphia Orchestra at the Mann Center for the Performing Arts on a beautiful summer evening has always felt like an occasion. The resounding majesty of the Orchestra’s legendary sound provides a unique feeling both in the covered seating and, with amplification, for the audience on the upper lawn.

This summer promises a number of special events, as well as the varied programming Orchestra fans have come to expect at the Mann. Music Director Yannick Nézet-Séguin will make his highly anticipated Mann debut on June 24 leading Beethoven’s monumental Ninth Symphony. The other programs include a Berlioz concert, a performance of highlights from Broadway, an all-Rachmaninoff evening, a concert celebrating the 50th anniversary of the moon landing, and scores to two popular films, Harry Potter and the Goblet of Fire and Star Wars Episode V: The Empire Strikes Back, played lived while the movies are shown on giant screens.

In addition, a two-week free All-City Orchestra Summer Academy at the Mann for 60 to 80 young instrumentalists from grades 8-12 will provide an intensive period where the students can grow musically without the demands of regular schoolwork. Through the collaborative efforts of the Orchestra, the Mann, the School District of Philadelphia, and Project 440, the students will work in sectionals and rehearsals, and will be coached by Orchestra members and School District teachers. This speaks to the heart of The Philadelphia Orchestra’s ongoing mission to involve the next generation of music lovers.

The Orchestra’s history of playing in Fairmount Park goes back nearly a century. The evolution of the ensemble’s summer season involved a combination of philanthropy, practicality, and anticipated audience support. The practicality stemmed from the Orchestra’s original 30- to 32-week union contract in the 1920s, from October through May. Summertime meant a search for other jobs, and possibly a full-time position elsewhere.

In an attempt to retain the musicians, a group of female friends of the Orchestra imagined that eight weeks of summer concerts could be presented, with prices reduced to guarantee audiences. With the Academy of Music out of the picture as a venue due to its lack of air-conditioning, the determined women raised funds for a suitable outdoor venue in 1930, in the midst of the early months of the Depression.

They settled on a site in Fairmount Park that had been the approach for wagons to the Schuylkill River. It had become a favorite spot for picnickers, surrounded by elderly trees and sloping grassy expanses. Plans were drawn up to construct a stage and surrounding projecting shell halfway down the slope, with 6,500 seats and parkland on both sides for up to 9,000 attendees.

The city approved the idea, after becoming convinced that the women would fund the whole project. The stage could handle 100 musicians, and the looming shell was designed by none other than Philadelphia Orchestra Music Director Leopold Stokowski. Under the stage were dressing spaces and room for storage.

Considering the poetic nature of tales from Sherwood Forest, the name Robin Hood Dell seemed highly appropriate, though it was probably named for the nearby colonial-era Robin Hood Tavern.

When the Dell opened, concerts were given every night for seven to eight weeks, with ticket prices as low as .21¢. Donors contributed $20,000-$25,000 for the season, which was eventually reduced to four nights a week and, in later years, to three, with rainout rescheduling dates available. Typical audiences ranged from 2,000 to 15,000 attendees during the first two decades of the Dell.