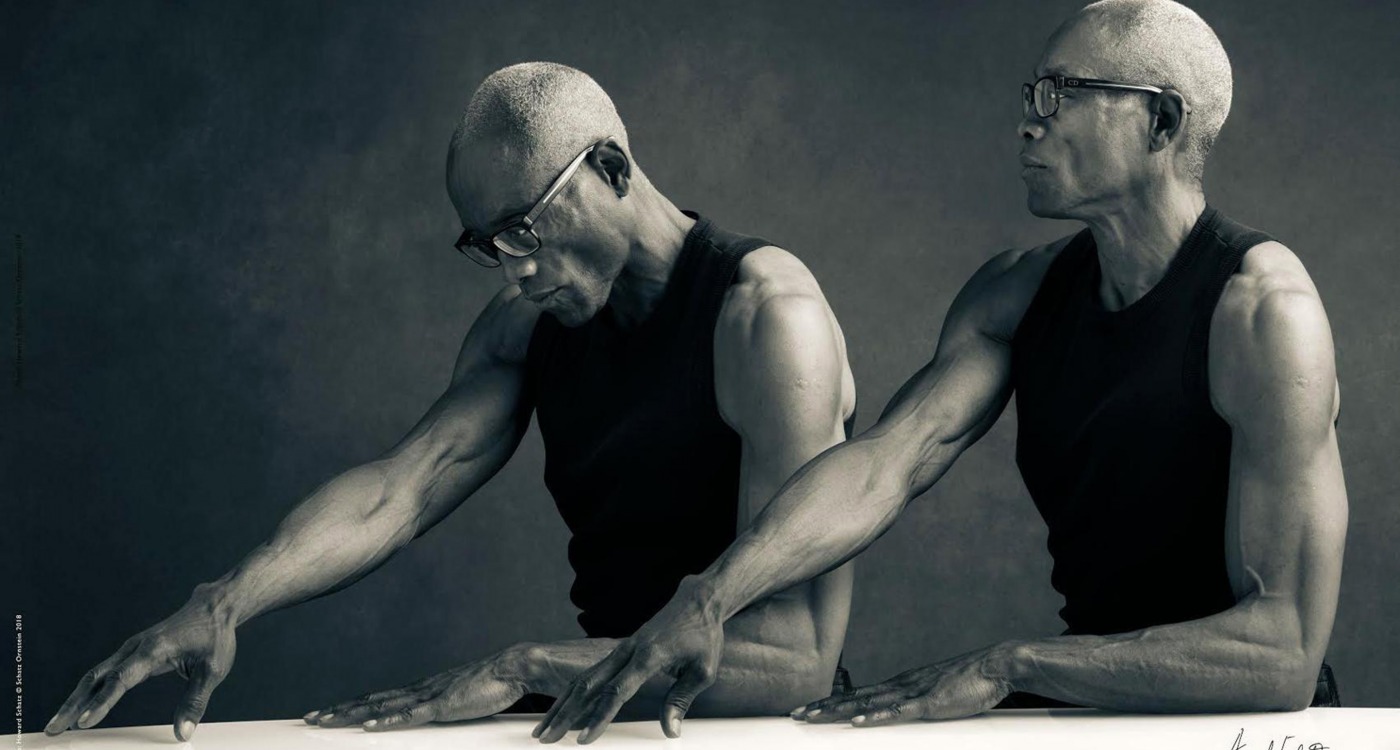 PHILADELPHIA (Jan. 15, 2020) –  Deep Blue Sea, a newly commissioned work by the Mann Center for the Performing Arts from Bill T. Jones and the Bill T. Jones/Arnie Zane Company, will make its Philadelphia debut on May 8 and 9, 2020. These performances will take place on the Presser Foundation Stage as part of the Mann’s new series, Downstage @ the Mann, where both audience and artist are on stage together, in an intimate and unique setting in-the-round.

Deep Blue Sea will be an immersive arts experience that explores the relationships between the individual and the larger community, as well as performer and audience. Directed and choreographed by Tony-Award winning Bill T. Jones, Deep Blue Sea unfolds in three sections: a solo by Jones deconstructing text from Martin Luther King, Jr.’s landmark “I Have a Dream” speech, which evolves over time into the 10-member Bill T. Jones/Arnie Zane Company, and then becomes an expansive collaboration with local Philadelphia participants.

The work will explore the manipulation of text, spoken word, and singing as part of an ever-present sound score composed by Nick Hallett in collaboration with Music Producer HPrizm aka High Priest. Creating the physical environment is architectural designer Elizabeth Diller (Diller Scofidio + Renfro) and Projection Designer Peter Nigrini, with lighting by Designer Robert Wierzel and costumes by Liz Prince.

A key component of this work is the exploration of community, driven by the concept of self-identity within the elusive group. Deep Blue Sea will be created around a diverse group of 60 community members, who will work with the company over a six-month period through a series of residencies. The company will work with community participants through layers of dialogue, movement exploration, and community building, resulting in a truly Philadelphia-centric performance that reflects the diversity of the communities present.

Deep Blue Sea will further deepen the Mann’s strategic institutional objectives that include expanded access to the performing arts by increasing the cultural diversity of the Mann’s artistic and community initiatives and by continuing to build the Mann’s role not simply as an arts presenter, but also as a creator and producer of work that speaks to 21st-century audiences. The inclusion of community participants in this project is particularly important as is the staging in-the-round, a rare Mann configuration. Both address the Mann’s goal to make the arts more inclusive and increase community involvement in new ways.

“We are honored and delighted to continue our commitment of commissioning new, creative work in the performing arts. The Mann is thrilled to be a part of the original commission of Deep Blue Sea, and present the Philadelphia premiere, thanks to leadership support from The Pew Center for Arts & Heritage along with other significant funders, all of which indicates the magnitude of this project,” said Catherine M. Cahill, President and CEO of the Mann. “Spearheaded by the renowned Bill T. Jones and the Bill T. Jones/Arnie Zane Company and developed in partnership with elite production talent – from the music team to set, lighting, sound and costume design, this important work promises a unique and enriching program.  It will weave the culture and community of Philadelphia together, with performers and audience sharing a single, extraordinary vantage point from our magnificent stage,” she said.

“We are humbled and excited to be working with the Philadelphia community. It is unprecedented to partner with so many diverse stakeholders that truly embrace our vision.  This opportunity is challenging us in the best possible way to create something expansive in its content and intimate in its structure for the venerable Mann stage,” said Bill T. Jones.

Major support for Deep Blue Sea has been provided by The Pew Center for Arts & Heritage. Additional commissioning support provided by Park Avenue Armory, the National Endowment for the Arts, the New England Foundation for the Arts’ National Dance Project, with lead funding from the Doris Duke Charitable Foundation and The Andrew W. Mellon Foundation, and by The Presser Foundation.

About the Mann
As one of the foremost outdoor music centers in the country, the Mann, a leading non-profit organization, has a historical legacy of artistic excellence as a world-class entertainment destination presenting premier artists. Each summer season, renowned symphony orchestras, iconic rock stars, and the latest touring artists in indie, rock, hip hop, R&B, and pop take the stage here. The Mann is the summer home of The Philadelphia Orchestra and has presented critically acclaimed performers in every decade since the 1930s. Located in the heart of Philadelphia’s Fairmount Park, the Mann hosts more than 200,000 visitors annually. Signature concert experiences are surrounded by Philadelphia’s stunning skyline and include seats beneath the Mann’s acoustically acclaimed TD Bank pavilion; picnics, blankets, and music under the stars on its great lawn; and dining in Crescendo, the venue’s spectacular tented restaurant. For more information, visit www.MannCenter.org.

About The Bill T. Jones/Arnie Zane Company
The Bill T. Jones/Arnie Zane Company was born out of an 11-year collaboration between Bill T. Jones and Arnie Zane (1948–1988). During this time, they redefined the duet form and foreshadowed issues of identity, form and social commentary that would change the face of American dance. The Company emerged onto the international scene in 1983 with the world premiere of Intuitive Momentum, which featured legendary drummer Max Roach, at the Brooklyn Academy of Music. Since then, the Company has performed worldwide in over 200 cities in 35 countries on every major continent. Today, the Company is recognized as one of the most innovative and powerful forces in the modern dance world.

About The Pew Center for Arts & Heritage
The Pew Center for Arts & Heritage is a multidisciplinary grantmaker and hub for knowledge-sharing, funded by The Pew Charitable Trusts, and dedicated to fostering a vibrant cultural community in Greater Philadelphia. The Center fulfills this mission by investing in ambitious, imaginative projects that showcase the region’s cultural vitality and enhance public life, and by engaging in an exchange of ideas concerning artistic and interpretive practice with a broad network of cultural practitioners and leaders.

About The Presser Foundation
The Presser Foundation was established in 1939 under the Deeds of Trust and Will of the late Theodore Presser. It is one of the few private foundations in the United States dedicated solely to music education and music philanthropy. The Presser Foundation supports a broad range of classical symphonic, chamber, choral and vocal music performance and education through general operating and program grants to music organizations; capital grants for music building projects; undergraduate and graduate student awards; and assistance to retired music teachers.  Much of the grant making focus of the Foundation is on organizations and institutions in the 75-mile radius surrounding Center City Philadelphia.  For more information: www.presserfoundation.org