In Bill T. Jones’ ‘Deep Blue Sea,’ at Mann Center, dancers and audience will be onstage together 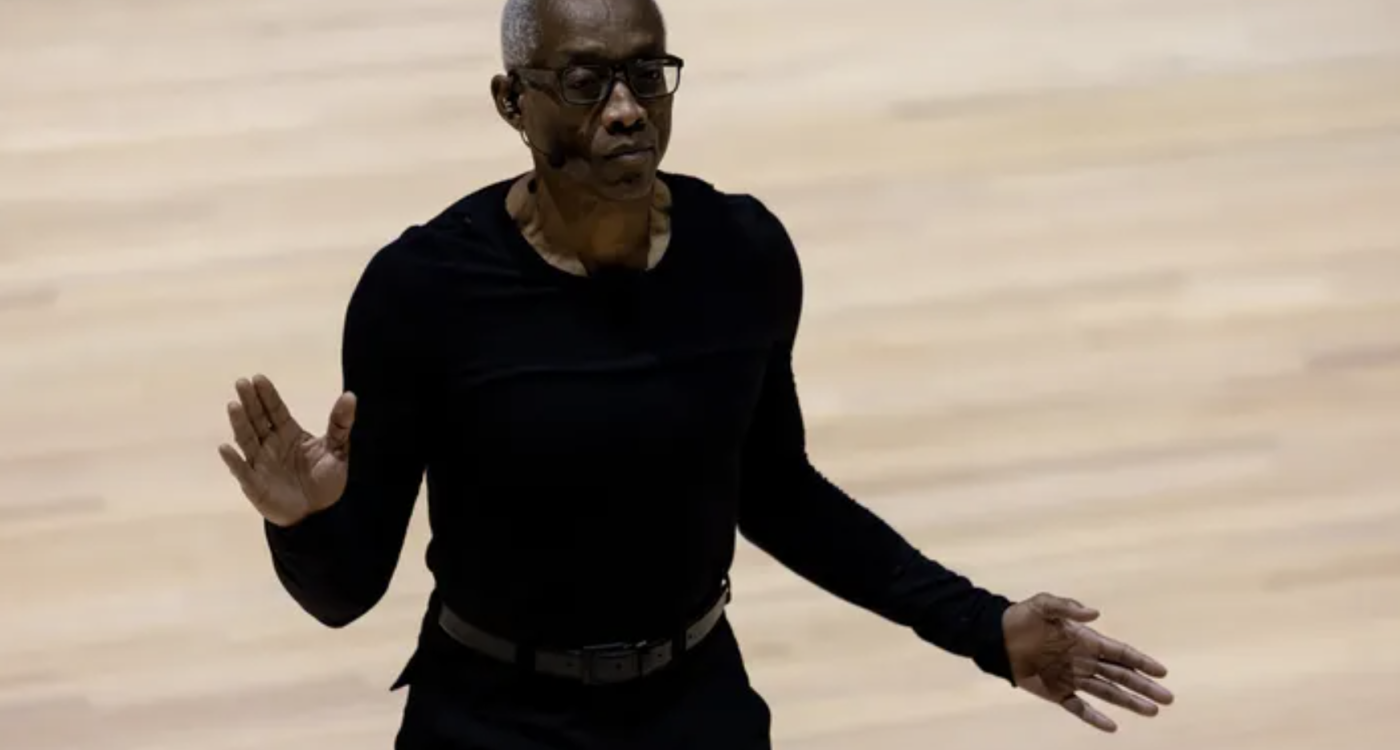 Bill T. Jones. 'Deep Blue Sea,' the Tony-winning dancer and choreographer's work with the Bill T. Jones / Arnie Zane company will make its Philadelphia premiere at the new Downstage @ the Mann stage at the venue in Fairmount Park on Friday and Saturday.

The Tony award-winning dancer and choreographer brings his work inspired by Herman Melville and Dr. Martin Luther King Jr. to an intimate new setting at the Mann Center.

In the Mann Center for the Performing Arts last full season in 2019, the venue put on performances in three different configurations.

Most recognizable is the TD Pavilion at the Mann, the amphitheater which seats 4,500 under a roof and as many as 9,500 more uncovered. This year’s season kicked off in April with rock bands alt-j and Portugal. The Man.

Since 2012, the Mann has also presented bands high on a hill on its fully outdoor Skyline Stage, with a view of Center City and a capacity of 7,500. (British singer Rex Orange County plays there May 13.)

And in 2019, the Mann expanded its footprint to the edge of Parkside Avenue for the Roots Picnic, increasing capacity to accommodate as many as 30,000. That configuration will be in effect when the Picnic returns on June 4-5, with headliners that include Mary J. Blige, Summer Walker, and Jazmine Sullivan.

And now, there’s a fourth way of seeing shows at the Fairmount Park venue. This weekend will mark the debut of Downstage @ the Mann, an intimate in-the-round arrangement with 275 seats where both audience and performers will be together on the 71-foot-wide-by-34-foot-deep TD Pavilion stage.

It will be the setting for the Philadelphia premiere of Deep Blue Sea, a new work by Tony Award-winning dancer and choreographer Bill T. Jones with his Bill T. Jones / Arnie Zane company.

The show, which was originally commissioned by the Mann and slated to debut in the spring of 2020, and was rescheduled due to the COVID-19 pandemic, will be staged in sold-out performances on Friday and Saturday.

With a black curtain hung across the front of the stage, the effect will be to create “our very own black box theater,” says Catherine M. Cahill, the president and CEO of the Mann.

Deep Blue Sea marks the return to the stage as a dancer for Jones, 70, who is artistic director of the production company New York Live Arts and won best choreography Tonys for both Spring Awakening in 2007 and Fela! in 2010.

“It’s a very big, very ambitious, very personal work,” says Jones. He spoke about the show, which features choreography by himself, Janet Wong, and the dancers of his company, earlier this year during the Off-Broadway run of Black No More, the Afro-Futurist musical he choreographed that features songs by Tariq “Black Thought” Trotter of The Roots.

Jones said the key figure for him in Moby-Dick is Pip, the Black cabin boy who is a minor character in the novel. “So minor, in fact, that I forgot him,” Jones said.

But as a Black man who has been outnumbered in arts circles, Jones said, “I identify with Pip, in the white avant-garde.”

Deep Blue Sea “is personal in the sense that I’m now in my late middle age / early old age, and the unity of the world has been shaken.

“All of those things feel very alienating to me. And yet, I was raised to believe that there is a We Shall Overcome awaiting for us if only we do … what?”

Those questions are at the heart of Deep Blue Sea, which begins with its creator alone on stage, and finds him later joined first by the 10 dancers of the Jones/Zane company and later by as many as 35 Philadelphians, a mix of dancers and nonprofessionals whose presence represents “the world,” Jones says.

The Mann intrigues him, Jones says, “because you have that classical music hub that really is in the ‘hood. It’s one of those sort of contradictions of American society. A classical music high art palace, sitting in the middle of the ‘hood. So hopefully we will get a really mixed audience. An audience of disparate human beings who come together to have an experience that is an ancient experience. To witness something in real time.”

The idea for a Downstage Deep Blue Sea, which had it world premiere last year at the Park Avenue Armory in New York, started to germinate with Mann CEO Cahill in 2013.

That year, Mandy Patinkin and a small crowd were on stage together as part of the Mann’s annual Party in the Park Gala. Patti LuPone performed at the same event in 2018.

“I remember sitting there thinking, I wonder how we could replicate this, if there’s a way we could do more intimate or smaller art forms that are just not conducive to a 4,500-seat undercover venue,” Cahill says.

She had seen Jones’ work at the Wilma Theater in Philadelphia as part of the Opera Philadelphia Festival, and wanted “to bring his genius at this point in his career to the Mann.”

She approached him in 2017 and Jones was on board with creating a community based work, as were the Pew Center of the Arts and Heritage and the William Penn Foundation, which are financially supporting the Downstage series.

There are two other Downstage events on calendar. On July 16, Afrobeat scion and protest singer Femi Kuti will perform with his band Positive Force and his son Mádé Kuti. And on Oct. 7, Resistance Revival Chorus, a group of 60 women and nonbinary singers devoted to progressive political activism will perform.

The shows are linked, Cahill says, not just because they wouldn’t normally play the Mann. As Deep Blue Sea evolved in its development process, she says, “it really became a social justice vehicle.

“In light of the Black Lives Matter and the death of George Floyd, the influence of those things absolutely permeated Deep Blue Sea … and we decided the theme for this year’s Downstage series should have a social justice focus.”

Cahill says that the Mann will look to do three more Downstage shows next year, with a theme yet to be determined. This year’s Downstage series adds to what she says that, with the concert business returning full force after the COVID shutdown, might be the Mann’s busiest summer ever.

In 2019, the venue hosted 25 pop music events. This year there are 49, with bookings including Robert Plant and Alison Krauss on June 12 and Burning Spear on Aug. 6. In addition to the Roots Picnic, the Disco Biscuits City Bisco on June 18-19 and Phish on July 19-20 will be two-night gigs.

“The simple truth is there were so many artists that were shut out for virtually two years due to the pandemic,” Cahill says, adding that private event rentals are up nearly 50% over 2019. “So our calendar is thicker and deeper than I’ve ever seen.”