Harry Potter & the Order of the Phoenix 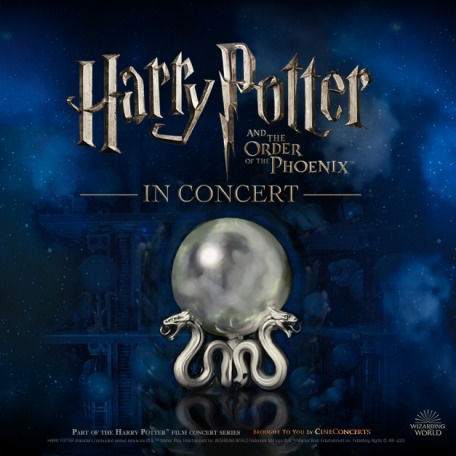 Harry Potter & the Order of the Phoenix™ In Concert

As the presenters of Harry Potter and the Order of the Phoenix™ In Concert, we are committed to the safety and peace of mind of all audiences, orchestra members, and theatre staff. We are working hard to reschedule this for a future date to be determined in consideration of the recommendations of health officials and the availability of the orchestra and venue. All of us at the Mann fully understand that this is disappointing and inconvenient for ticket holders, but we look forward to welcoming you back soon where the magic will continue.

Refunds will be issued at point of purchase.

The rebellion begins! Lord Voldemort™ is back, but the Ministry of Magic tries to keep a lid on the truth – including appointing a new, power-hungry Defense Against the Dark Arts professor at Hogwarts™. Ron and Hermione convince Harry to secretly train students for the wizarding war ahead. A terrifying showdown between good and evil awaits!

In 2016, CineConcerts and Warner Bros. Consumer Products announced the Harry Potter Film Concert Series, a global concert tour celebrating the Harry Potter™ films. Since the world premiere of Harry Potter and the Sorcerer’s Stone™ In Concert in June 2016, more than 2.5 million fans have enjoyed this magical experience from J.K. Rowling’s Wizarding World, which is scheduled to include over 1,500 performances across more than 48 countries worldwide through 2020.