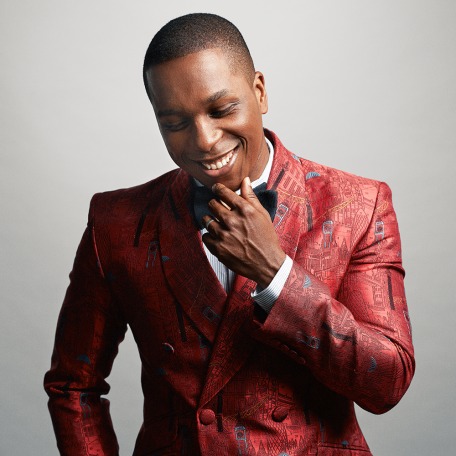 An Evening with Leslie Odom, Jr.

The Mann is honored to present An Evening with Leslie Odom, Jr. and The Philadelphia Orchestra on July 23. Led by Lina Gonzalez-Granados, the evening will feature performances of elegant, modern interpretations of standards and selections that pay homage to Odom's time on Broadway and beyond.

Leslie Odom, Jr. is a multifaceted Tony and Grammy Award-winning performer, best known for his breakout role as Aaron Burr in the Broadway phenomenon Hamilton. Odom’s self-titled debut album hit #1 on the Billboard Jazz chart and in winter 2017, he topped the charts again with the re-release of Simply Christmas as a deluxe edition with new arrangements and new songs. His extensive acting career includes film and television roles such as Murder on the Orient Express, Red Tails, and Smash. In 2018, he added author to his resume with the release of Failing Up: How to Rise Above, Do Better, and Never Stop Learning. In November 2019, he starred alongside Cynthia Erivo and Janelle Monae in Harriet, a biopic about the extraordinary life of Harriet Tubman, and he will be in this year’s highly anticipated film The Many Saints of Newark. Odom released his third full-length album and first of original material, entitled Mr, in November 2019.

Please note: This event is also the Mann’s 2020 Party in the Park gala, which is an annual fundraiser benefitting the Mann’s Education and Community Engagement programs. Tickets and more information can be found here.