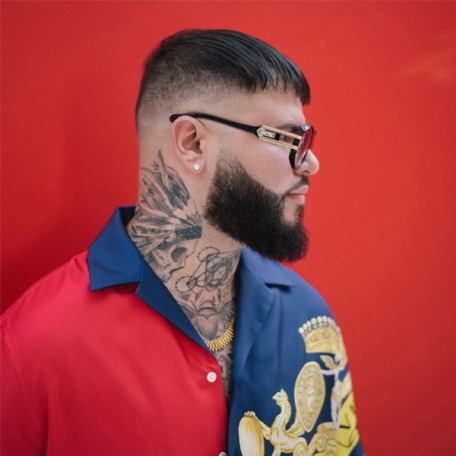 Carlos Efren Reyes Rosado, better known as Farruko, is a singer-songwriter born in Bayamon, Puerto Rico, who is considered by experts as a musical phenomenon of our times for his great musical versatility and performance expertise. Farruko has consistently demonstrated his dominion over most subgenres of urban music like reggaeton, rap, hip hop, R&B, and now Latino trap. He has also proved his adaptability, crossing over into pop, bachata, mambo, and vallenato genres.

Farruko has released several albums that have delighted his fans, including El Talento del Bloque, TMPR: The Most Powerful Rookie, Imperio Nazza - Farruko Edition, Los Menores, Visionary, and his most recent, TrapXficante.

Throughout his career, Farruko has continuously swept Billboard’s “Top Latin Albums,” “Top Latin Songs,” “Latin Airplay,” “Latin Rhythm Airplay” and “Latin Pop Airplay" charts, dominating the coveted top positions for several weeks at a time. Among his many accomplishments, the artist has a number of Gold, Platinum, and Diamond RIAA Certifications for many of his singles, attesting to his artistic caliber.