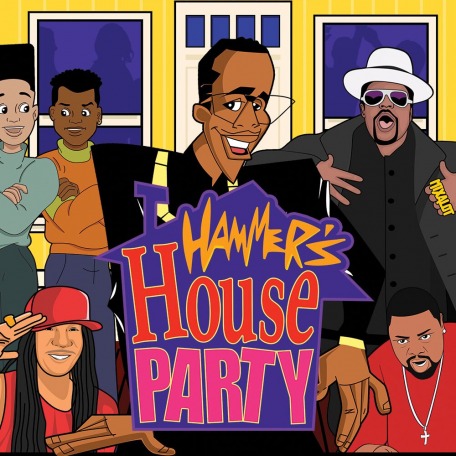 Get ready to crash the biggest party of the year with the Hammer’s House Party tour, presented by SiriusXM FLY, as MC Hammer embarks on his first major tour since 1991. Presented by Universal Attractions Agency, Hammer’s House Party brings together some of the most recognizable hip-hop and R&B acts from the ‘80s and ‘90s to one stage including MC Hammer, Sir Mix-a-Lot, Kid ‘n Play, and Biz Markie. Audiences can expect to hear chart-topping hits like MC Hammer’s “U Can’t Touch This” and “2 Legit 2 Quit,” Sir Mix-a-Lot’s “Baby Got Back,” Kid ‘n Play’s “Ain’t Gonna Hurt Nobody,” and many, many more during this nostalgia-themed night out that will bring the hits and get you dancing. Hammer's pulling out all the stops for this star-studded, once-in-a-lifetime concert event.

Hammer’s House Party is the latest iconic package tour created by Universal Attractions Agency in partnership with MC Hammer. With Hammer being largely off the touring scene and deeply involved in tech, philanthropy, and prison reform (The Last Mile) over the last decade, he decided it was time to give his fans what they wanted - a proper tour. Hammer says of UAA’s co-owner Jeff Epstein, “When Jeff pitched the idea to me for Hammer's House Party, I loved the concept and the potential lineups and we collectively hit the ground running... it’s Hammertime”. “Hammer continues to be one of our top clients, and he’s one of the hardest working and most giving people I know,” says Epstein, “The demand for him as a performer has actually increased while he’s been off the touring circuit. He truly is 2 legit to quit!”