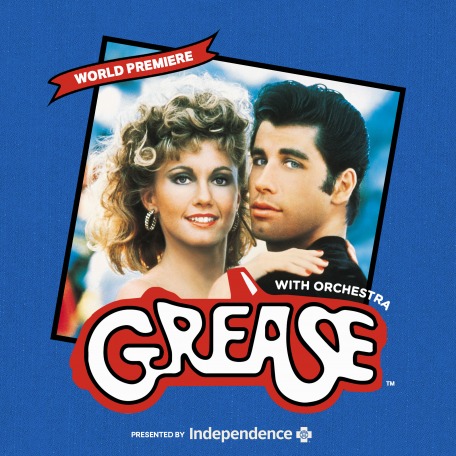 “Summer lovin’” never sounded better. Experience the world premiere performance of one of the world’s most popular and enduring musical films in history, with its unforgettable rock ’n’ roll soundtrack that defined generations, live with orchestra for the first time. Thiago Tiberio will conduct The Chamber Orchestra of Philadelphia as they perform the full score from Grease, the iconic American musical romantic comedy, to accompany the full-length film shown on three giant screens, including the hit songs “Greased Lightnin’,” “You’re the One That I Want,” “Summer Nights,” and more!

When Sandy (Olivia Newton-John) and greaser Danny (John Travolta) fall for each other during a carefree summer fling, they unexpectedly discover they are now in the same high school. Danny is torn between his feelings for good-girl Sandy and his status with the T-Birds and the Pink Ladies. Will they remain together?

“Grease” is the word!

AT THIS CONCERT: Bring your dancing shoes! Before the film, Society Hill Dance Academy is offering a free swing dance lesson on our plaza at 6:30PM to get you ready. No experience required! Plus, head to our Acclaim tent at the top of the hill at 6:30PM to test your Grease knowledge with Unique Gameshows, presented by Wooder Ice.