Voyage to the Moon: A 50th Anniversary Concert 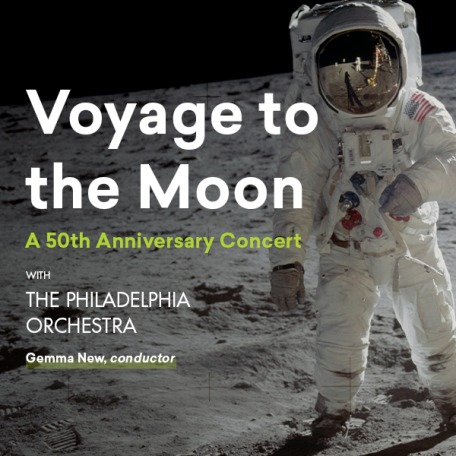 Voyage to the Moon: A 50th Anniversary Concert

Conductor Gemma New helps us celebrate the 50th anniversary of the Moon landing. The program will be filled with popular classical favorites featured in the film 2001: A Space Odyssey, the music of John Williams celebrating outer space, a piece from E.T. The Extra-Terrestrial, and much more, including a new work composed especially for this occasion by popular film and TV composer Michael Giacchino.

HOLST
"Jupiter, the Bringer of Jollity,” from The Planets, Op. 32

WILLIAMS
“Adventures on Earth,” from E.T. The Extra-Terrestrial

*Artist and Repertoire subject to change