Rachmaninoff in the Park 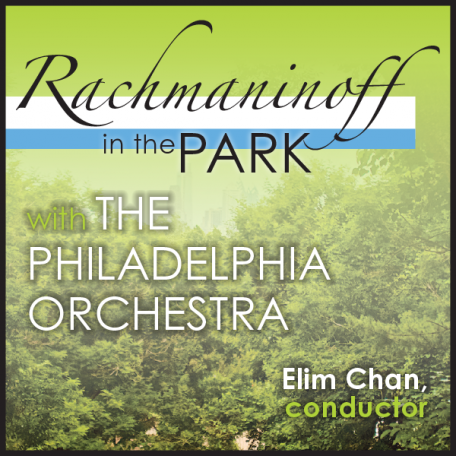 Rachmaninoff in the Park

With such a storied history between The Philadelphia Orchestra and Rachmaninoff, an evening of the composer’s works at the Mann is an occasion not to be missed. The Vocalise was originally written for soprano and piano and later orchestrated by the composer for full orchestra with the violins taking the soprano part. It was one of Rachmaninoff’s three recordings with The Philadelphia Orchestra. The magisterial, hyper-romantic Second Symphony, written at the very height of Rachmaninoff’s composing career, concludes the program.

PROGRAM*
Vocalise
Rhapsody on a Theme of Paganini

AT THIS CONCERT: Teacher Appreciation Night at the Mann! To show our appreciation, any teachers coming to the concert will be permitted fast-lane entry through our exclusive Donor Gate when they show their teacher IDs. The first 100 to stop by our promo table on the plaza will also receive a free Mann water bottle! Plus: themed cocktails! Kick back and enjoy a refreshing cup of Vocalise or On the Rachs. Available at select bars for this concert only.