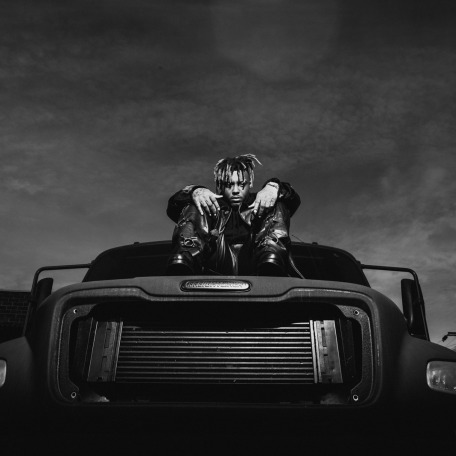 One of the most commanding artists to emerge from the SoundCloud underground, Juice WRLD makes introspective hip-hop that’s emotionally raw but powerfully melodic. In 2018, the 20-year-old Chicago native earned such accolades as being named Apple Music’s Breakthrough Artist of the Year and Spotify’s Biggest Breakout Artist of 2018, partly due to the smash success of his four-times-platinum single “Lucid Dreams,” a genre-warping track that’s spent over 38 weeks on the Billboard Hot 100 (peaking at #2), in addition to hitting #1 on YouTube’s U.S. Top Songs Chart, #1 on Spotify’s Global Chart, and #2 on Billboard’s Streaming Songs Chart.

Amassing more than a billion combined video and audio streams last year, “Lucid Dreams” appears on Juice WRLD’s first full-length project, the platinum-selling Goodbye & Good Riddance (released via Grade A Productions/Interscope Records in May 2018). Along with reaching #4 on the Billboard 200, Goodbye & Good Riddance has drawn widespread critical praise—The New York Times, for instance, hailed the project as “one of the year’s most effective hip-hop releases,” describing “Lucid Dreams” as “lush loner music” with a “deeply keen sense of pop efficiency.”

Born Jarad Higgins in 1998, Juice WRLD grew up playing piano, drums, and guitar, then began freestyling in high school. With his distinct lyrical sensibilities shaped by a love for punk-pop bands like Panic! at the Disco, he soon established himself by shunning major streaming services and building a massive following on Soundcloud. Within weeks of premiering the video for his acclaimed single “All Girls Are The Same”—featured as a “Best New Track” on Pitchfork in March 2018—Juice WRLD scored a deal with Interscope Records. By the end of the year, he’d racked up more than a billion streams on Spotify alone, with his songs earning 69 million hours of play for over 52 million fans in 65 countries.

At the start of 2019, Juice WRLD continued his dominance and landed six songs on the Billboard Hot 100 for the week of January 19, far surpassing any other artist on the chart. Having recently completed a sold-out headlining tour of North America (and toured Europe and Australia as well), Juice WRLD’s plans for 2019 include making his debut performance at this year’s Coachella.